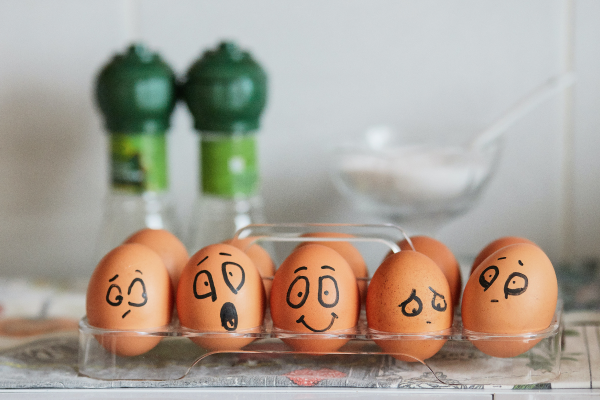 Taming the Rollercoaster: Parkinson’s Motor Fluctuations and how to Effectively Manage them

Parkinson’s disease is a chronic, degenerative neurological disorder that affects approximately 10 million people globally. One of the most common and well-known symptoms of Parkinson’s is tremor, or shaking, but the disease can also cause a whole host of other non-motor and motor symptoms.

Parkinson’s symptoms are caused by the degeneration of nerve cells, or neurons, in the brain that produce a chemical called dopamine. Dopamine plays a key role in the regulation of movement, and a lack of dopamine in the brain can cause a range of symptoms in people with Parkinson’s. In a previous article, we examined some of the non-motor symptoms related to Parkinson’s disease (PD), including depression, anxiety, and impaired cognitive function and how physical activity can potentially improve these symptoms. Today, we will look into the motor symptoms most commonly associated with PD. We will go over different types, treatment options, and how you can track these symptoms on a day-to-day basis.

Apart from tremor, common motor symptoms of Parkinson’s disease include rigidity, or stiffness, in the limbs; slow movement, or bradykinesia; and impaired balance and coordination. These symptoms can vary in severity and may come and go during the day, often in a pattern known as “on-off” motor fluctuations.

Treatment for motor symptoms in Parkinson’s disease typically involves medication to replace dopamine or to stimulate the production of dopamine in the brain. In some cases, surgical procedures may also be used to alleviate symptoms.

In addition to medication, there are a range of additional strategies that can help manage motor symptoms in Parkinson’s disease. These may include physical therapy, occupational therapy, and speech therapy, as well as lifestyle modifications such as a balanced diet and regular exercise.

This is the most commonly associated motor-symptom when people think of Parkinson’s and for good reason. It is estimated that about 70 to 90% of people with PD will experience tremors at some point in their lives (2). There are two types of tremors people living with Parkinson’s may experience. These are:

Rigidity, stiffness, and inflexibility are other common motor symptoms related to PD. In Parkinson’s, rigidity and stiffness refer to your body and muscles’ inability to move smoothly. “Jerky” movement is called cogwheel rigidity and when stiffness continues, it is called lead-pipe rigidity (4). Rigidity can prevent muscles from stretching and relaxing and can cause (5):

Dyskinesia is a common complication of Parkinson’s disease that causes involuntary, uncontrollable movements. Dopaminergic overstimulation can lead to the occurrence of dyskinesia, which can manifest as twisting, writhing, and repetitive movements. Dyskinesia can be uncomfortable and disruptive, and it can interfere with daily activities such as speaking, eating, and dressing. Treatment for dyskinesia may involve adjusting medication, changing the timing of medication doses, or using additional medications to control dyskinesia.

Dyskinesia is most commonly associated with long-term use of levodopa (aka. L-dopa), the most prescribed medicine for Parkinson’s (6,7). The underlying cause of dyskinesia however, is complex and is not completely understood. Levodopa works by replacing normal dopamine allowing for controlled movement (i.e. “ON”). Research suggests that as dopaminergic neurons degenerate, the body is unable to produce and maintain dopamine, the levels of dopamine levodopa provides vary – creating “peaks” and “troughs” (6).

*Note: We do not advocate people living with Parkinson’s to not take their prescribed medications. Please always consult your physician before making any changes to your medication regimen.

In addition to medications, there are also non-pharmaceutical treatment options available for people with Parkinson’s. Those entail rehabilitation, which can help individuals to improve their mobility, balance, and coordination. Physical therapy, occupational therapy, and speech therapy are all types of rehabilitation that can be effective in managing the symptoms of Parkinson’s disease. For instance, a physical therapist can be helpful throughout all stages of the disease. Impairments to movement in the early stages aren’t always so obvious and by choosing a physical therapist who specializes in Parkinson’s, s/he can help find movement issues earlier and quicker. Exercises provided by a trained physical therapist may help target specific motor symptoms. Additionally, frequent, direct feedback may help make you aware of how to exercise effectively and safely (8).

Deep brain stimulation (DBS) and pumps are two surgical treatment options for Parkinson’s disease. DBS involves the implantation of a small device, called a neurostimulator, in the brain. The neurostimulator sends electrical impulses to specific areas of the brain to improve symptoms such as tremors, stiffness, and slow movement. DBS is typically reserved for people with advanced Parkinson’s who are no longer responding well to medication.

Pumps, also known as infusion pumps, are another surgical treatment option for Parkinson’s disease. Pumps are used to deliver medication directly through a small tube (either subcutaneous or intestinal). This allows for more precise and consistent dosing of medication, which can help improve symptoms and reduce the risk of side effects. Like DBS, pumps are typically used in people with advanced Parkinson’s who are no longer responding well to standard pharmaceutical medication.

In another earlier article, we discussed the importance of a balanced diet, especially for those living with PD as research suggests some types of food may help alleviate some non-motor PD symptoms. Diet can also have a material impact on motor symptoms. A well-balanced diet combined with regular physical activities can improve balance, maintain and even potentially grow muscle mass, and increase overall mobility.

If you don’t know where to start, we recommend a combination of aerobic, strength, and balance training exercises. These can include a brisk walk outdoors, cycling, using resistance bands, and yoga. For more exercise tips, check out this article written by the Cleveland Clinic – Exercise for People with Parkinson’s Disease.

Tracking symptoms on a day-to-day basis

Monitoring your PD symptoms is an important first step toward self-care management. By keeping track of your symptoms you can 1) gain a better understanding of how you are doing, 2) see common and potential long-term trends, and 3) have a point of reference when speaking with your physician and care team. With that said, keeping a daily diary can be tedious and cumbersome which is why we developed Neptune Care.

Neptune Care is your personalized self-monitoring and learning app. The app enables you to get a better understanding of how your activities and treatments can affect your motor symptoms. Using a smartwatch, Neptune Care passively and continuously monitors your ON, OFF, and Dyskinesia motor states – so you can really see how your activities and treatments are working for you throughout the day.

Gain unparalleled insights into your habits and stay ahead of your health with better PD management. With Neptune Care you can:

If you are interested in Neptune Care, check out our Early Access Program and join the waitlist to see if you can benefit from a one-year free trial of the solution.